Founded in 2002, J.A.M. P.R. is a recognized leader in the field of wine industry communications. We have earned a reputation for integrity and effectiveness, while establishing a portfolio of some of North America’s most acclaimed wineries.

With decades of collective experience, our team is made up of wine industry experts, capable of providing counsel and strategy at the highest level. Beyond the traditional skill set that defines the average wine-focused PR firm, our clients benefit from numerous other company strengths, including our extensive marketing experience, and a professional in-house wine writer dedicated to producing high-level marketing, technical, branding and direct-to-consumer materials.

Since founding J.A.M., we have remained true to our original mandate of staying small—a philosophy that ensures clients extensive one-on-one attention, with full access to the entire J.A.M. PR team. We are committed to providing our exclusive portfolio of wineries with stellar service and results.

Over a career spanning three decades, Michelle has earned a reputation as one of the most knowledgeable, respected and effective public relations and communications experts in the wine industry. At the same time, Michelle has built J.A.M. PR into one of America’s top agencies dedicated exclusively to the luxury wine industry, with a portfolio of iconic clients that are widely recognized as benchmarks for their regions, and the varietals they work with. As the guiding force behind J.A.M. PR, Michelle has helped to define excellence in wine industry PR, establishing enduring, collaborative relationships that have benefited J.A.M.’s clients in today’s competitive market. Michelle began her career at Kendall-Jackson Wine Estates, before joining Edwin J. Schwartz Public Relations. While at E.J.S. PR, Michelle earned acclaim for her acumen and strategic insight, and her ability to plan highly successful national publicity campaigns. It was during this time that she also began establishing exceptional relationships with America’s top wine, travel and lifestyle journalists—relationships that she has continued to cultivate for the past quarter century. Prior to founding J.A.M. PR in 2002, Michelle spent four years as the director of communications for Maisons, Marques and Domaines, USA Inc., the acclaimed Oakland-based wine importer owned by Louis Roederer Champagne, where she oversaw national media relations, advertising, promotions and special events for a portfolio of more than 20 domestic and international brands.

Throughout a career spanning almost a quarter century, Shaun has earned a reputation as one of the most innovative and accomplished communications experts in the wine industry. Recognized for his creativity, work ethic and industry leading brand-building strategies, Shaun is a natural storyteller, with a gift for distilling the values, vision and key messaging of J.A.M.’s clients.

Raised in both Toronto, Canada and Northern California, Shaun began his career managing luxury restaurants in San Francisco, and was in charge of his first wine list at the age of 22. In the years that followed, he established an extensive background in high-end lifestyle writing, where he wrote about wine, spirits, restaurants, design, architecture, music and film. Prior to joining the J.A.M. PR team in 2002, Shaun wrote for television at Insight Production’s The Goods, a high-end shopping show, and The Wave, a cutting-edge male lifestyle program. He also served as the senior copywriter for Stayawake, a Toronto-based multimedia advertising agency.

A public relations and marketing specialist, Emily was J.A.M. PR’s account director from 2006 to 2012. Now based out of Southern California, Emily is the very successful jewelry designer and owner of Talon, with her stylish designs routinely featured in major magazines. Although Emily is very busy with Talon, she continues to be a valuable member of the J.A.M. PR team, assisting with special projects, such as media tours, when her schedule permits. Prior to joining J.A.M. PR and founding Talon, Emily held positions as the program manager for the Sierra Club, marketing director for Western Union, and the communications manager for software provider Redladder.com.

Miriam has been an invaluable part of the J.A.M. PR team since 2012, and has established herself as one of the wine industry’s most talented client services specialists. A graduate of Cal Poly, where she focused on wine tourism and branding and marketing strategies for the wine industry, Miriam began her career as the special events coordinator at Foley Family Wines, before joining the marketing team at Four Seasons Hotels and Resorts, where she helped to support a portfolio of 90 luxury hotels. Adding to her unique understanding of the wine business, Miriam cofounded Minus Tide Wines in 2017, where she works with her husband, Toulouse Assistant Winemaker Brad Jonas, to showcase the distinct wines of Mendocino County.

Sonia graduated cum laude from Tulane University, where she earned a degree in international development and environmental studies. She fell in love with wine while studying abroad in Argentina for a semester, where she later returned after graduation to do advanced coursework at the Escuela Argentina de Vinos. Prior to joining J.A.M. PR in 2016, Sonia gained extensive experience as the assistant buyer for Resolute Wine Bar, and as a wine consultant at Blackwell’s, Bejot Vins & Terroirs, and the Ferry Plaza Wine Merchant, and she holds her Level 3 Wine & Spirits Education Trust Certificate. Sonia also spent two and a half years as a marketing manager at Hilton Hotels & Resorts, where she gained experience in hospitality marketing and e-commerce, and managed the hotels’ PR and social media. Sonia rejoined J.A.M. PR in 2020 and is thrilled to be working with the team again.

Sydnie grew up surrounded by vineyards in the heart of Napa Valley, just a few miles from the Silverado Trail. After working internships at J.A.M. PR throughout high school and university, Sydnie became J.A.M.’s PR coordinator in 2011 after she graduated from UC Davis, where she earned a degree in communications. While working at J.A.M., Sydnie began school to obtain her master’s in counseling. We were extremely proud when Sydnie became an associate marriage and family therapist (AMFT), and also gained her school counseling credential (PPS). Today, Sydnie is a school counselor and also a therapist. While her career path is now focused on helping people, Sydnie generously assists J.A.M. with special projects when her schedule permits. 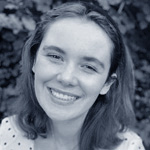 Since joining our team, Berkeley native Caroline Pearson has utilized her talents to become our go-to, in-house design whiz. A graduate of Boston University, where she earned a degree in communications with an emphasis on design, Caroline came to J.A.M. PR after honing her skills at several prestigious internships and university-related businesses. While attending BU, Caroline served as a marketing associate for Buzz Magazine, and as the art director for ADLab, the largest student-run advertising agency in the U.S. She also worked as an administrative intern at Hanson Bridgett LLP, a marketing intern at Environmental General Counsel, and as a marketing and design intern at Studio71, where she helped to develop content and marketing initiatives for high-profile YouTube and Instagram influencers. Prior to joining J.A.M. PR, Caroline spent more than a year abroad teaching English in South Korea. 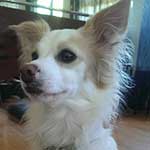 Flower has been with J.A.M. PR since 2014. She is responsible for further enhancing office morale, and spreading cuteness throughout the building. When not at J.A.M., Flower lives with Michelle.